Employed by COAC as a lifeguard and was on duty at the time of the drowning. Bowen sat directly in front and only a few feet away from where little Yoni was dying, yet he did nothing. 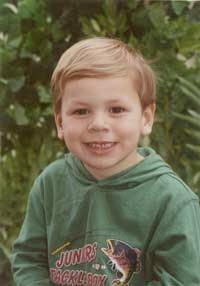 Michael Bowen was negligent and the cause of Yoni Gottesman's death.

A.   I don't recall ever.  I was there to watch the
pool, and I believe I did that to the best of my
ability.

Q.   ....
attention and vigilance."  Were you engaged in any
activity that distracted you from the level of attention
or vigilance?

A.   I believe I was doing my job and watching the
entire pool.

Q.   When you saw the video, you knew it was a lot
of minutes though; right?

A.   I knew it was much more than the one minute
that I thought when I pulled him out.

Q.   And you knew that there had to be some reason
that you missed it; right?

A.   I don't really recall anyone asking me that
question per se.  No.

Q.   Did anybody say, "You know, Michael, we think
we ought to let you go because we can't afford to have
you miss this at the club again"?

Q.   Did you ever think that maybe you shouldn't be
a lifeguard that summer because you obviously missed
this kid; maybe you're going to miss another one?
THE WITNESS:  I don't know.  I was definitely
shaken by it, but I don't know if I -- I don't think I
really have ever thought I shouldn't be a lifeguard.

Q.   BY MR. CAPPELLO:  Well, now, after observing
this and hearing everything we had to say today, do you
still think that you did a good job, a good job?

The Next Involved person