COAC's Misconduct and Failures to Act 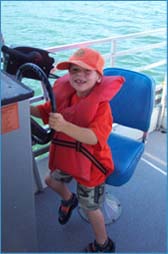 Despite the fact that an innocent little boy died because of the gross negligence of the owners, managers and employees of the Club and Camp, COAC reopened its day care camp the very next day! It did this without any changes to its operations or conducting a detailed investigation into how such a tragedy occurred or could be prevented in the future.

Other Water Safety Incidents at the Club:

The drowning of Yoni Gottesman was not the first, or last, water safety incident at the Club or its sister facility, Santa Barbara Athletic Club. Beginning in mid-2000 up through only a week before Yoni’s death, a number of near drownings occurred at the Club, which were attributable to negligent supervision. As late as two days prior to Yoni’s death, parents observed Club lifeguards paying little or no attention to the children in the pool. Within weeks following Yoni’s death, a parent observed children swimming completely unattended by a lifeguard at the SBAC pool. Neither the Club nor any of its related entities did anything to inform parents of these incidents or the lack of supervision prior to enrolling their children in the Camp.

The Club Owner’s Large Financial Contributions to the Sheriff’s Council:

The private investigator hired by the Gottesmans discovered that, soon after Yoni’s death, the owner of COAC, Richard Berti, made a very substantial contribution to the Sheriff’s Council. The Sheriff’s Council is a local charity closely aligned with the Sheriff that raises money to assist the Sheriff’s department in buying new equipment and paying its expenses. Shortly after Yoni’s death, Berti paid $15,000 for a table at the annual fund raising gala and bought over $3000 in raffle tickets – one of the largest ticket purchases. At the 2005 dinner, Berti also mysteriously won a lottery for $25,000 and immediately donated the money back to the Sheriff’s Council. Unlike past years, where the lottery was randomly – and publicly – conducted by pulling a ticket from a drum in full view of the gathered audience, Berti was simply announced as the winner. Berti claims he was completely surprised by this occurrence, and that donating the money back was just “an immediate reaction to the situation.”

Berti repeatedly denied news accounts in which he was accused of using his position on the Sheriff’s Council to influence the Sheriff’s department and its investigation of this drowning. However, Berti admitted in his interview with the District Attorney’s office that he contacted someone at the Sheriff’s department – possibly the Sheriff himself – allegedly to diffuse the allegations of improper influence over the investigation. Berti’s protestations, however, only highlight the unavoidable appearance of impropriety.

COAC Continued to Lure Families to Their Facilites:

Despite the prior near-drownings at Cathedral Oaks Athletic Club (COAC), below is the ironic tag line posted on the COAC website in August 2005:

Unknown to the Gottesmans at the time, far from being a “safe” facility, the Camp instead was completely unlicensed – despite the fact that it was required by State law to have a license. Since it was unlicensed, the Camp also had not been subjected to any kind of inspection of the safety procedures or Camp facilities. In fact, it is highly questionable whether COAC could have met licensing requirements given the unqualified personnel hired, the inadequate training of personnel, the lack of required certifications, and poor supervision and unsafe pool conditions.

The California Department of Social Services investigated and determined that the Camp required a license. The Department notified the Club that it was operating a child care facility without a license in violation of State law. The Club appealed, and lost three separate appeals. Rather than attempt to comply with the licensing requirements, however, the Club simply stopped operating its Camp. Because of this, the State of California would take no further action against the Club or its owner for its violation of the law and subsequent death of Yoni Gottesman.

COAC didn't tell the parents who entrusted their children to the Camp that it knowingly was running an unlicensed child care facility. The State of California cited COAC for its illegal conduct, and denied several COAC appeals attempting to reverse the ruling. Rather than attempt to meet the requirements of a licensed facility, however, COAC simply ceased its Camp operations.

COAC Sought Profit Above All Else:

COAC and its owner also didn't tell the public was that they were more interested in maximizing profits than in the safety of young children entrusted to their care. This was evident based on a number of witness interviews, including:

(1) A representative of lifeguard Merin’s former employer, who employed Merin as a lifeguard prior to August 2005, stated that the former lifeguard was terminated from that other club because he was a “risk” and was inattentive while on duty.

(2) A former lifeguard at COAC stated that the management of COAC never checked her references or even looked at her certifications; and that it was clear to her that the Club’s primary concern was profit: “I firmly believe that if they had taken the time and money to hire the right people and provide the proper tools and training, this could have been avoided.”

(3) A former director of the Camp stated that COAC cared only about the revenue generated by the Camp, and that it minimized spending at the expense of safety and hygiene: “The Club was about the money, not the kids.”

COAC’s profit motive is summarized in a memorandum Cappello & Noël prepared for the District Attorney’s office.

New Evidence in the Death of Yoni Gottesman

In the end, Berti even sought to profit from the death of little Yoni. At the same time as the Gottesman’s were struggling emotionally with the loss of their son, they knew they needed to ensure critical evidence was not destroyed by Berti or COAC, and they insisted that the hard drive of the video recording be preserved. In response, Berti and COAC’s attorney demanded that the Gottesmans pay nearly $5,000 for a replacement hard drive because his wealthy clients were “in need of their hard drive for their security system.” The true cost of a hard drive? $100-$150. The Gottesmans paid the exorbitant amount, however, to ensure COAC and Berti did not destroy evidence.

After decades of ownership by the same people, COAC suddenly had new owners and new management. [A link to the 9/30/06 Knell and Main letter is below.] Berti and others claimed that the transfer was not meant to hinder any civil lawsuit Yoni’s parents would file against them, but the timing is more than questionable.