Employed by COAC as a lifeguard and was on duty at the time of the drowning. Merin left his post to get a soda, and walked right past where little Yoni was drowning, yet he did nothing. 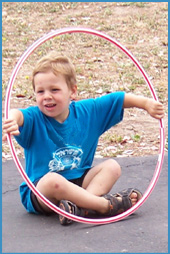 David Merin was negligent and the cause of Yoni Gottesman's death.

Q.   Okay.  Again, on recognition, "The lifeguard
wasn't vigilant in supervision."
Were you vigilant?

Q.   Well, if you were vigilant, wouldn't you have
seen the child?

THE WITNESS:  I would have hoped that I would
have, but -- or I hoped I would have, but obviously, I
did not.  And that's --

Q.   BY MR. CAPPELLO:  You weren't as vigilant as
you could have been.  Right?

Q.   Was it the other lifeguard's fault that failed
to save this child?

A.   You know, I do not have any reason to believe
that Michael did anything wrong that caused the -- you
know, in responding to this.

Q.   Nobody did anything wrong?  Is that what you're
saying?

A.   That's my recollection of the video.  That's
correct.  Um, it's just a terrible tragedy.

Q.   Well, let me see if I understand it, Mr. Merin.
Is it, and was it your mindset after seeing the video
and understanding the event, that you could actually be
a lifeguard at a pool where a little child drowns and
dies and it's nobody's fault?  Is that what you're
saying?

Q.   Well, let's start off with the fact that your
job is to be looking at the pool.  Right?

Q.   What medicine was that?

Q.   Okay.  And why were you taking Ritalin?

A.   For attention deficit disorder.

Q.   And how long had you been taking Ritalin?

Q.   And did you tell Cathedral Oaks Club that you
were on Ritalin?

Q.   And if you didn't take it that day, it affects
your attention.

To find out about the next pweson involved in Yoni's death

To find out about what COAC did after killing Yoni